One of the key challenges for IoT solution providers is to develop an efficient remote software update method for hundreds of thousands of battery-powered devices deployed around the world. Efento has solved this problem by implementing Efento Smart Updates in its devices.
The essence of this solution is securely transmitting only the newly-modified sections of source code to the devices.

Many IoT solution providers allow you to remotely transfer a new version of the software to devices already deployed in the field. However, the classic Over the Air (OTA) update is very troublesome, with millions of battery-powered sensors based on cellular networks (NB-IoT and LTE-M). The amount of data transmitted can not only cause destabilization of the network but also seriously burden those devices that are optimized for short transmission sessions.

To solve these problems, Efento has developed Efento Smart Updates – a software update system for IoT devices based on sending only the changes in software to the already-deployed devices.

This update method has many advantages over the classic OTA updates, including:

Importantly, the software transmission to IoT devices is encrypted. Thanks to server authentication and verification mechanisms of sent data, the software update is completely secure.

How do Efento Smart Updates work? 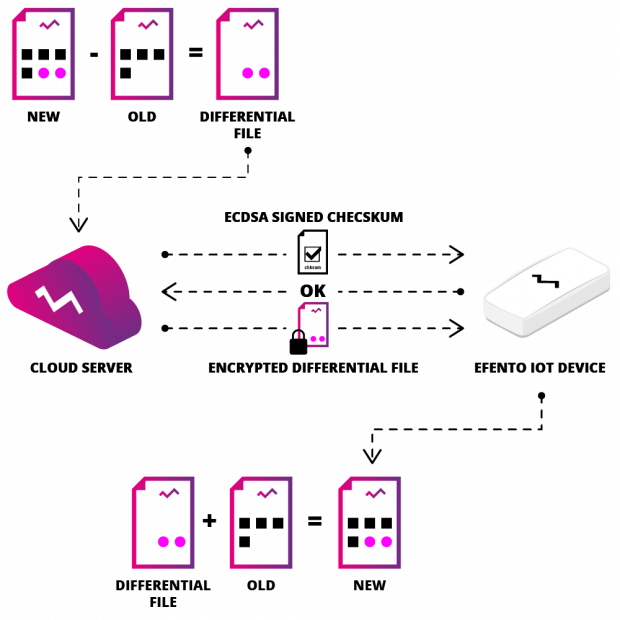